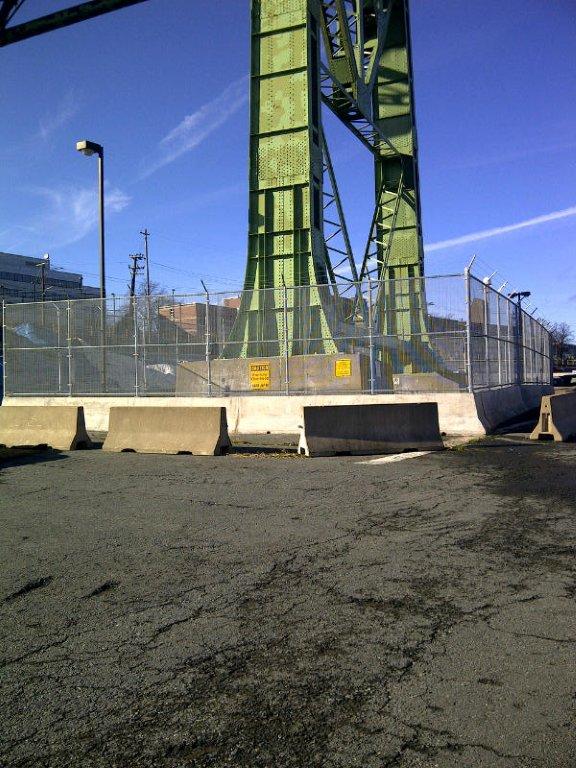 As part of the deck replacement of the Angus L. Macdonald Bridge, the existing bridge elements to remain in service were analyzed for the new loading conditions. Due to the decrease in deck weight and revised wind loads, the analyses indicated a potential overturning instability in the Halifax Cable Bent foundations. Rock anchors were selected as a means of remediating this instability.

Rock anchors were designed based on the required holddown requirements indicated by the numerical analysis. Bedrock properties were obtained from previous boreholes and geotechnical studies.

A design was developed which allowed minimal modification to the existing structure, by drilling two holes through each cable bent leg baseplate and foundation into the underlying bedrock.

Anchor bars pregrouted into corrugated tubes were selected to maximize corrosion protection, and drilling methodologies were specified to prevent damage to the surrounding foundation concrete, which was found in previous investigations to be deteriorating.

After the anchors were installed and grouted, proof testing was performed to confirm the installation, and pretensioning of the anchors was specified to the required holddown force.

HEC performed the detailed design of the anchors as a subconsultant to Buckland and Taylor, Ltd.