HEC Recipient of 2017 Award of Excellence for Burgoyne Bridge Replacement 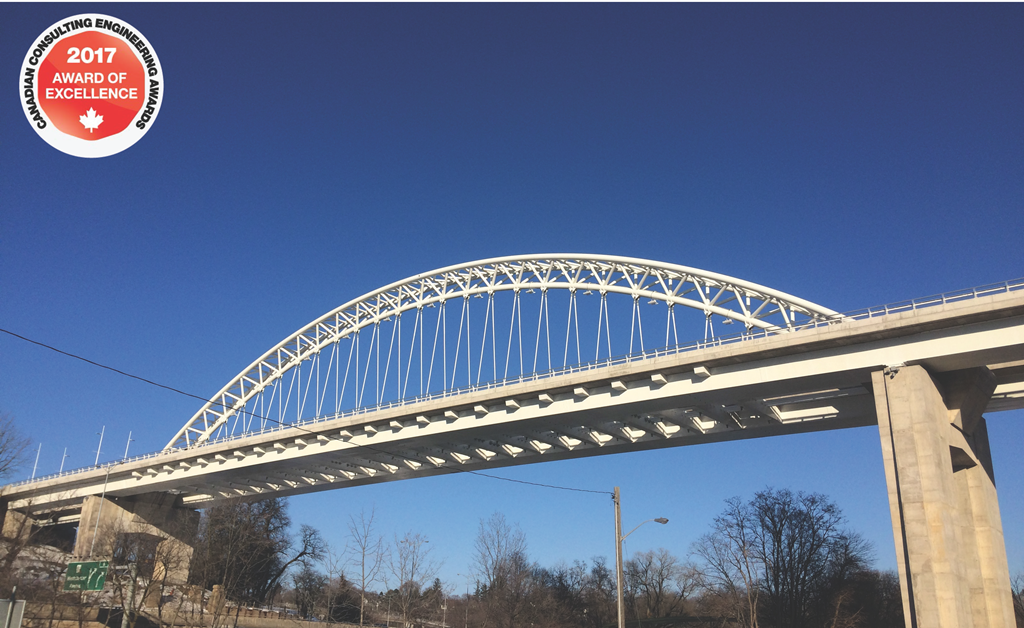 HEC Recipient of 2017 Award of Excellence for Burgoyne Bridge Replacement

The Burgoyne Bridge replacement project consisted of replacing a 100 year old high level truss bridge at the end of its useful life with a signature landmark arch bridge in order to enhance the environment and maintain a key link in the transportation system in the City of St. Catharines. The new structure incorporates twin 333m long steel box girder bridges with a single, central structural steel arch supporting a main span of 125m.

The innovative arch design, incorporating post-tensioning stay systems in all three axes; namely the horizontal tie, the vertical hangers, and a hidden post-tensioned system between the two box girder structures located within each of the transverse floor beams, was developed to facilitate the staging of the project. In order to maintain traffic on the existing bridge during construction, a unique staging plan which involved temporary supports to carry both structure dead load as well as live loads during construction was developed for the project and the permanent design features flowed out of the staging. The result is a bridge which may have a familiar appearance; however, it is at the same time a bridge which possesses a unique structural tie system and behaviour understood to be the first arch bridge of its type in Canada.