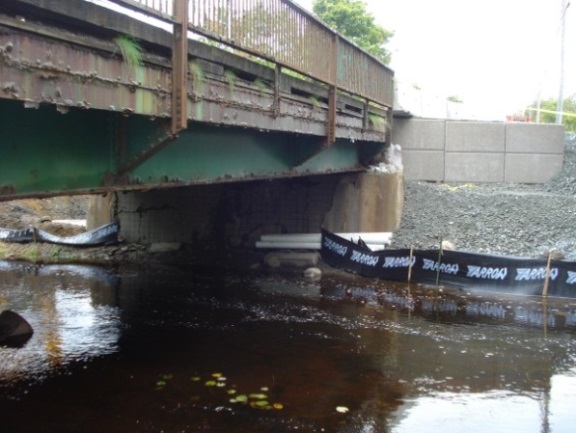 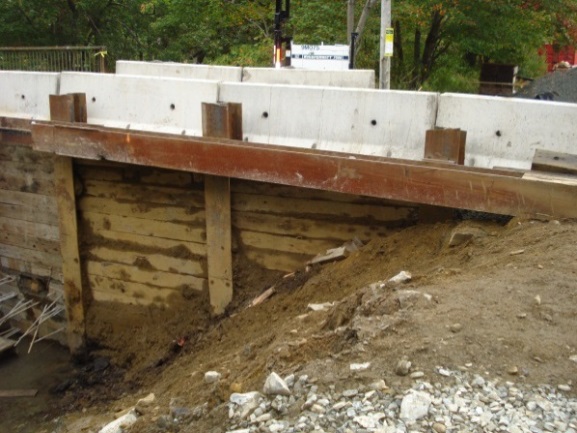 The original Fletcher Hebb Bridge was a simple span steel girder structure with reinforced concrete deck and abutments. The original structure had reached the end of its service life and was in need of immediate replacement.  Dexter Construction was awarded the design-build contract for demolition and replacement of the existing bridge structure for NSTIR.  HEC was hired by both Dexter Construction and Shaw Precast to carry out the design of the new bridge and provide construction engineering services.

The new bridge was constructed with 18.266 m long precast concrete rigid frames (SuperShawSpans) with short legs (to maintain construction activities in dry conditions) founded on a reinforced concrete spread footing at the east abutment and steel H-piles and reinforced concrete pile cap at the west abutment. A cast in place reinforced concrete barrier with aluminum railing was used for the traffic barriers.  This project was particularly challenging given the very tight schedule and requirement to limit the road closure to seven (7) days.