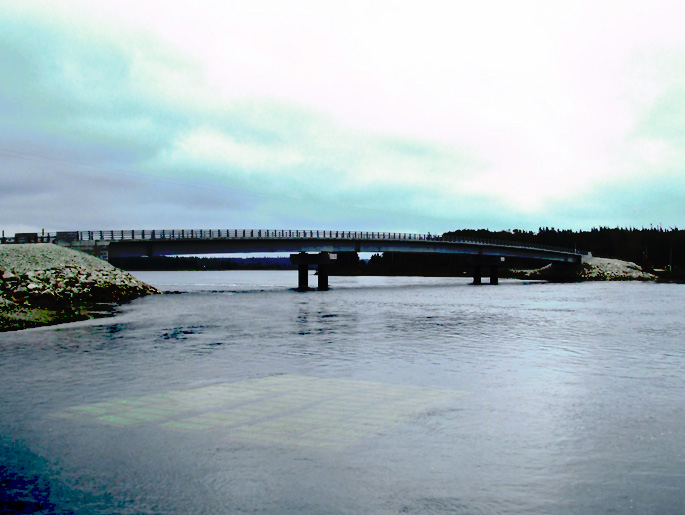 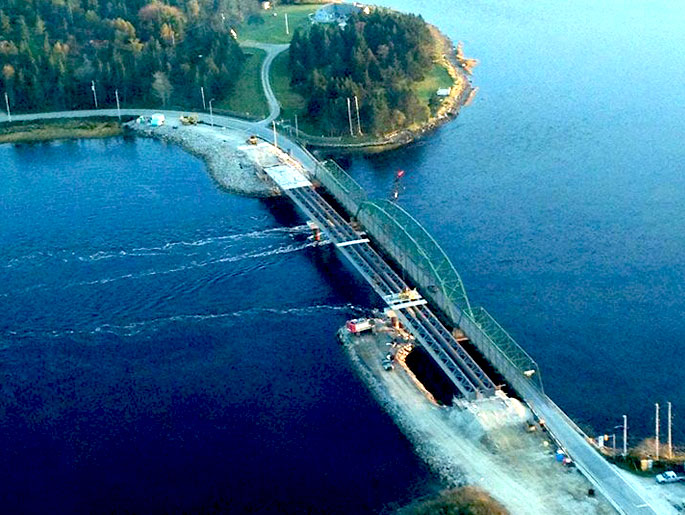 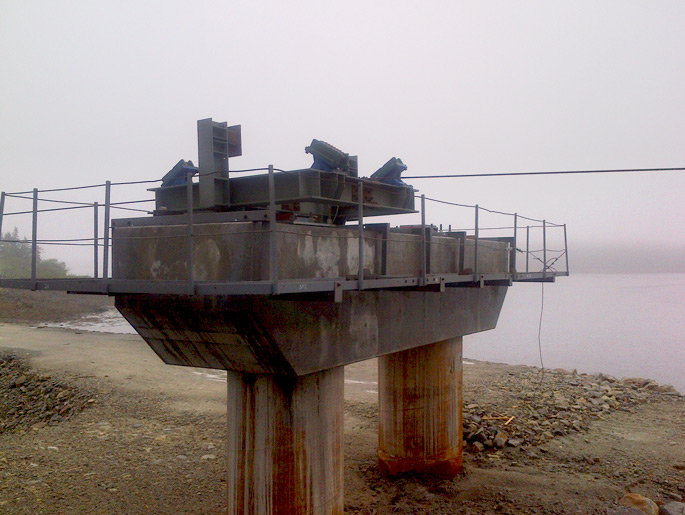 Originally tendered as a design-bid-build project, HEC initially provided advice during the tender period with respect to the construction engineering (cofferdams to construct the deep foundation piers and abutments for the parent design) and the girder erection.

During these preliminary designs, HEC identified significant concerns regarding the constructability of the parent design, including the ability to construct the deep foundation piers and abutments in the rapid flowing water underlain by a boulder and cobble substrate that made driving of piles and cofferdams extremely difficult. The proximity of the new piers to the existing bridge foundations, which was to remain in service during construction, was also problematic since installation of the necessary cofferdams required trenching to remove the cobbles and boulders prior to driving the SSP cofferdam. This initial trenching would have likely undermined the existing gravity based shallow foundations, resulting in a major safety concern with the tendered design. 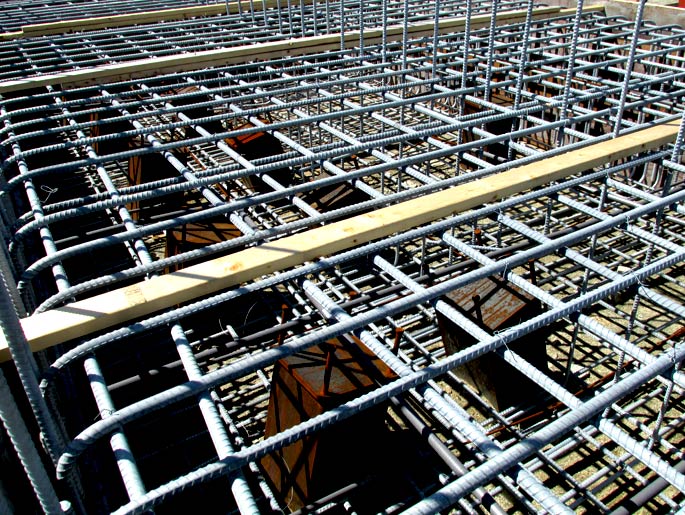 The erection of the large / stability sensitive variable depth plate girders was also quickly determined to be cost prohibitive during the tender period. The large current in the channel made the use of a barge supported launch impractical, and the size and weight of the girders made lifting the segments off a trestle costly. To facilitate completion of the base bid (to determine the degree of savings expected from an alternate value engineering design) HEC did complete a preliminary design of an innovative, yet costly, launch design for the variable depth plate girders. The costly aspects of the design centered on the fact that a rolling hanging support from the top flange of the girders was required since rolling the girders along the bottom flange could not be achieved due to the steep bottom flange slopes near the pier regions of the girders.

Due to the high cost and concerns regarding the parent design, HEC completed a value engineering alternate design during the tender period to allow Dexter Construction to complete bids for both the parent and alternate design and submit a low bid that would surely win them the project. The alternate design was a three span, 189 meter long (57 m – 75 m – 57 m), twin trapezoidal steel box girder bridge supported on semi-integral piled abutments and two reinforced concrete piers, supported on two rock socketed 1829mm diameter caissons. This design allowed for installation of all foundations without the need for trenching or an expensive temporary trestle, maintained stability of the existing bridge throughout construction, and allowed launching of the girders in an efficient and cost-effective manner. After award, Dexter and HEC presented the alternate design to NSTIR, outlining the issues surrounding the parent design and the merits of the alternate design, including cost savings realized by NSTIR during the bidding period.

Upon acceptance to proceed with the alternate design, HEC provided the detailed design of the new bridge as well as construction engineering services for the steel fabricator/erector (girder launch) and general contractor (demolition of the existing bridge). A precast concrete deck was also designed and detailed by HEC for Dexter Construction to minimize concrete work during the winter months, improve quality of product, and to mitigate concerns with access surrounding a cast-in-place deck. The 10 tonne load rated existing bridge could not support the weight of concrete trucks or precast panels so HEC designed a method to launch the precast panels across the box girders and into position.

The innovative girder erection approach involved the utilization of an approximately 22 m long steel box truss launching nose (a portion of a modular 50 m long nose designed by HEC for the fabricator / erector on a previous project), attached to the South end of the 189 m long girders. The steel box girders and launching nose assembly were incrementally assembled on the North approach of the bridge and longitudinally launched into position across the three spans. A specialized double-roller assembly was designed and installed at the North-most pier to mitigate buckling of the girder web due to the high vertical reactions and longitudinal bending moments during the 75 meter cantilever condition.

All designs were completed in an accelerated manner to ensure that the original project schedule was maintained. The new bridge was opened to traffic in June 2014, nearly four months ahead of the original schedule outlined in the tender documents for the parent design.