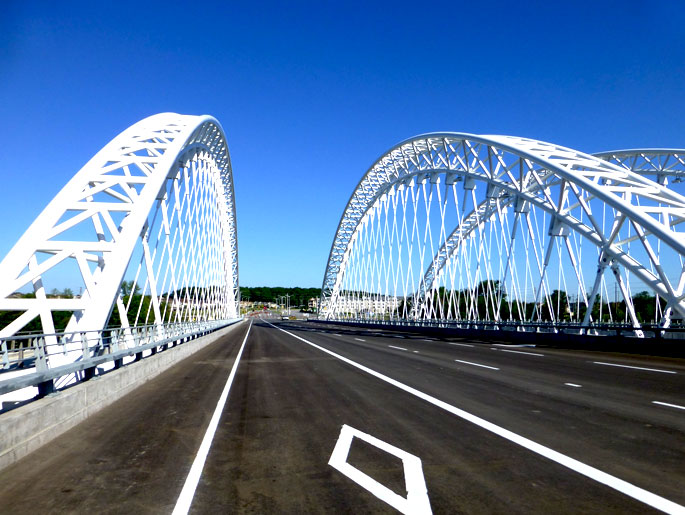 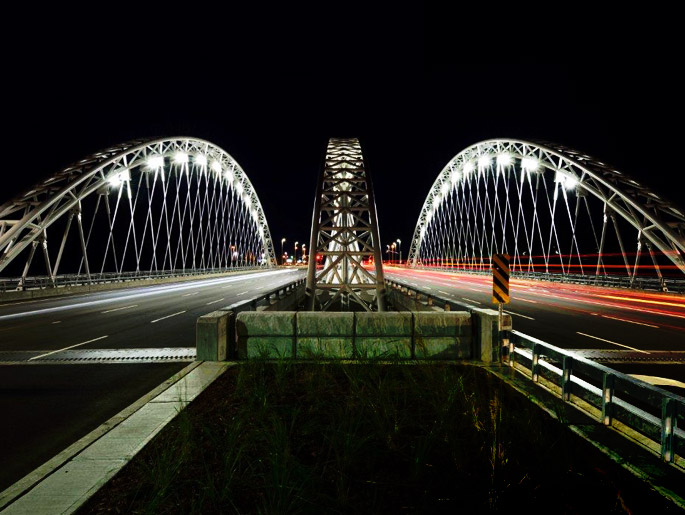 The Strandherd Armstrong Bridge is a multiple, space-truss arch bridge that spans across the Rideau River with a concrete deck supported by steel framing that is, in turn, suspended by cables. The total span of the completed bridge is 143 meters and accommodates 8 full traffic lanes, 2 bike paths and 2 pedestrian sidewalks. The arches rise above the deck level approximately 21 meters at their peak. The design of the bridge was completed by Delcan while the general contractor for the project was Horseshoe Hill Construction. Harbourside Engineering Consultants (HEC) provided the erection engineering for the project and had developed a unique method to erect the complex structure. 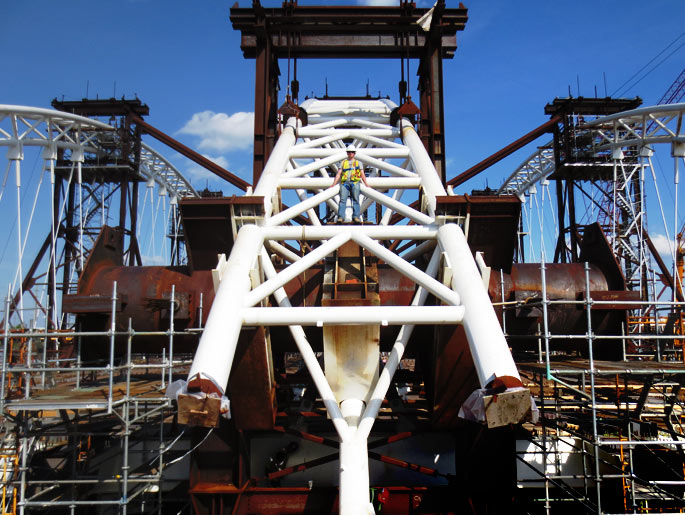 The unique erection method involves constructing 90% of the steel superstructure of the bridge on the east approach and launching it across the Rideau River. The approach limits the environmental impact at the site, is cost effective and has a positive impact on the schedule for the project. 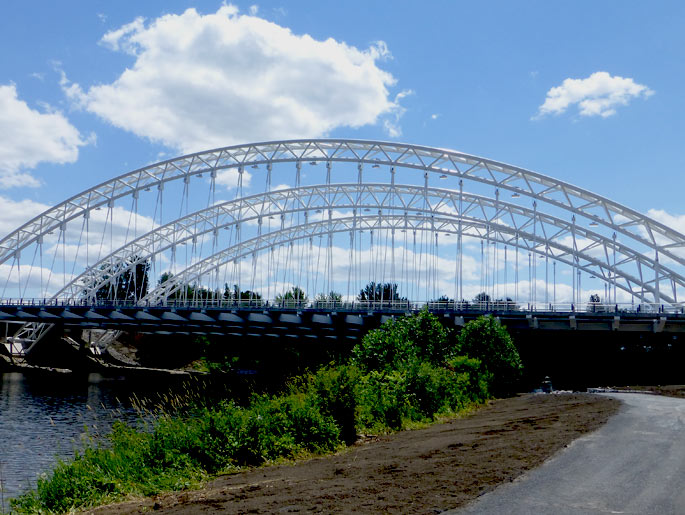 Each triangular, space-truss arch is composed of 3 chords made of 508 mm diameter round sections. The wall thicknesses of the chord elements vary from approximately 28 mm to 76 mm. A significant benefit of the erection approach is the ability to complete costly arch chord field splices and coating repairs while the superstructure is still over land and easily accessible.

The construction followed the general methodology described below:

In addition to the design of all erection components, analysis of all components of the bridge structure for launch conditions (abutments, approaches and superstructure), and the comprehensive erection phasing package, HEC also provided the following services for this project:

On behalf of the steel fabricator, HEC also conducted an in-depth analysis of the effect of the cold bending of the heavy walled pipe sections used as chord elements in the space truss arches. HEC developed a theoretical method of predicting residual stresses present on the cross section of the element due to the cold bending process. The theoretical method included a prediction of the residual strains present after cold bending. The residual strains were verified by testing (strain gauge measurements) of the chord section in production. The recommendations set forth by HEC included a method to incorporate the residual stress data into the design and analysis methods prescribed by CAN/CSA S6-06 such that the effect of the cold bending process could be readily incorporated into the analysis of the arch chord elements.

The structure was completed and opened to traffic July 12, 2014.